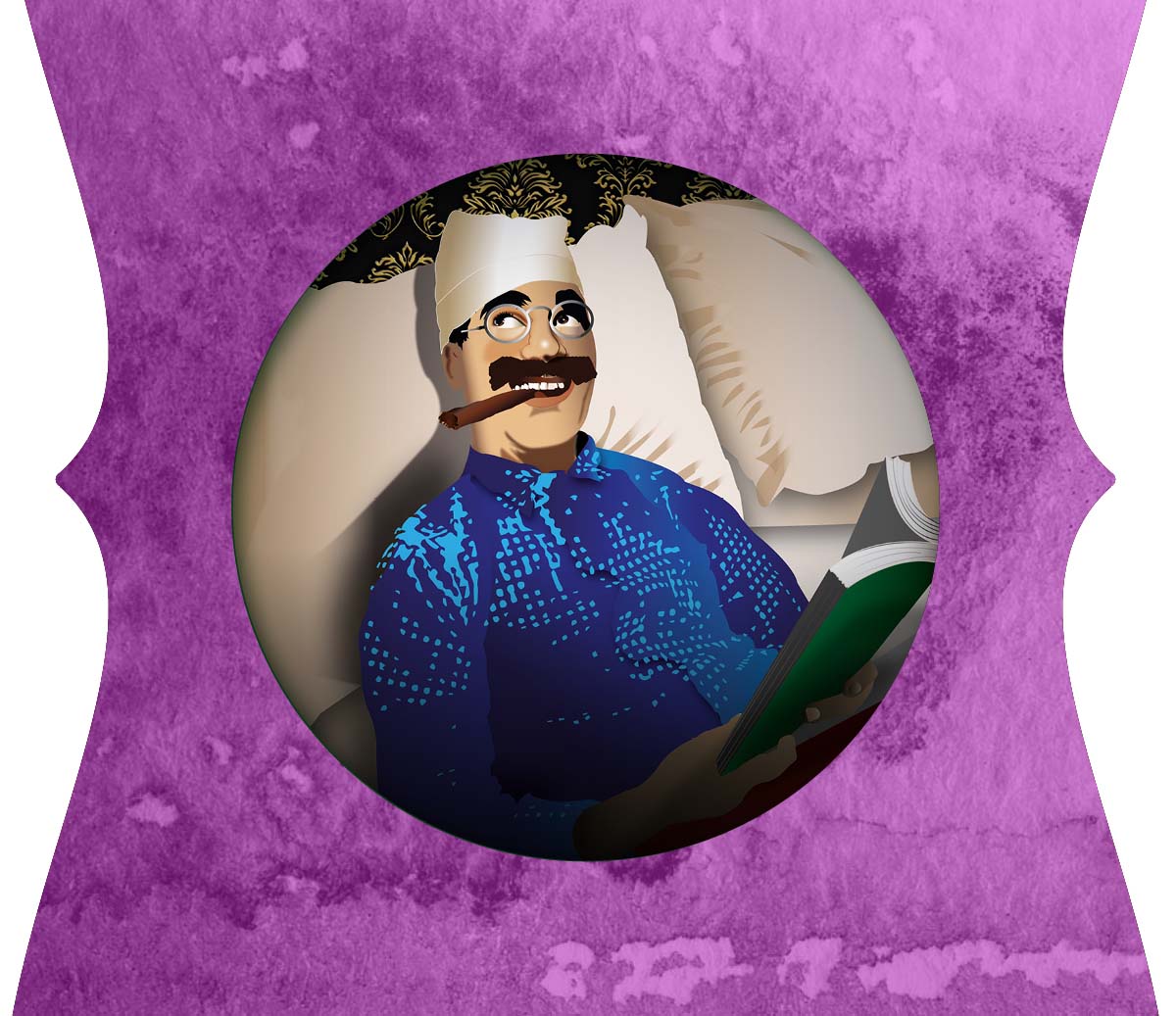 Famous composers – including Puccini – penned some of their best works from a horizontal position. Rossini is probably the laziest composer who has ever lived, preferring to pen scores beneath the sheets. The bedroom has – in fact – long been associated with music. Although it infuriated her husband big-time, Elizabeth Pepys chose a bedroom in which to practise her dance moves with her handsome instructor, Mr Pembleton. One day, Pepys returned in the middle of a session, so jealous he proceeded to find out ‘whether any of the beds were out of order or no.’ He even got down on the floor and looked up Elizabeth’s skirt to see if she was wearing knickers.

Authors seem to be particularly attached to their beds. Among them, Cicero, Milton, Colette, Trollope, Mark Twain and William Wordsworth. Marcel Proust spent years in bed writing Remembrance of Things Past while he convalesced from illness. And let’s not forget Elinor Glyn. Desperate for £1,000 to meet her gambling husband’s impetuous IOU, she contracted to write a 90,000-word novel in just three weeks. Armed with coffee and brandy, she wrote all day and most of the night lying in bed with the IOU lying on the bedside table as a spur. She did it in just eighteen days.

Strange though it might seem, the bed makes a great office. Lady Diana Cooper certainly thought so. Propped up in her white lace bed, she’d be surrounded by books, newspapers, the morning mail, an engagement book, some even more elusive pencils, and a telephone. In a letter to her friend, author Evelyn Waugh, Diana confirmed. ‘I never leave my bedroom except for when people come’.

Whether the bed is a suitable place for dining is a hotly-debated topic. For writer Iris Murdoch, it was the only place to eat – especially poached eggs. In the early 1960s, a rather eccentric lady called Barbara Ninde Byfield published The Eating-in-bed Cookbook. The most important trick, she wrote, is that ‘both you and the meal reach the bed simultaneously’. Amongst the fayre Ms Byfield consumed between the sheets were chocolate-chilli, Cornish hens and ‘as many truffles as you like.’ The writer advocated eating in bed as a full-proof method of getting over disasters; which explains the choice of chapter titles such as ‘Consolers’ and ‘Poleaxers’.

Politicians, statesmen and military leaders including Napoléon and Winston Churchill have often been known to operate from bed. The British PM’s routine included working in bed for most of the morning: after breakfasting there and then bathing, he would don one of two worn-out but cherished dressing gowns and climb back into bed. By his bedside would be a weak whisky and soda, together with the morning papers. Churchill would then light his first cigar of the day while one of his children’s pug dogs leapt on the bed.

Though we may not have too much trouble in understanding why people might paint, write and politick in bed, bed-time activities such as bread kneading (once popular in Rumania) and weaving (designer William Morris installed a hand-loom in his bedroom) do seem a tad weird. One man is reported to have enjoyed chopping wood in bed, while an extremely eccentric lady took to milking her prize Jersey cow in her bedroom where she lay convalescing after an illness. Hers were the only hands the animal would tolerate.

Some people become so attached to their beds, they just can’t bear to leave them. Frenchman Raoul Duval allegedly went to bed in 1928 for a period of eighteen years. His excuse was that he had no wish to ‘see the world, nor talk nor think about it’. Despite this, he had to move pretty sharpish when the town was bombed by the Germans in 1940. Someone else who spent an age in his bed – sixteen years to be exact – was a Spanish doctor living in Galicia. He became so tired of visiting patients, he took to his bed in 1875, limiting the administration of his medical skills to those who came to him. Let’s not forget, too, that the bed’s a great place for games and sporting activities. According to Sir John Suckling, a famous cricketer, the bed makes a very good card table

So, it seems there’s virtually nothing you can’t do in bed. Except for one thing. According to the Sleep Council, in England – at least – it’s against the law to hang a bed out of the window.