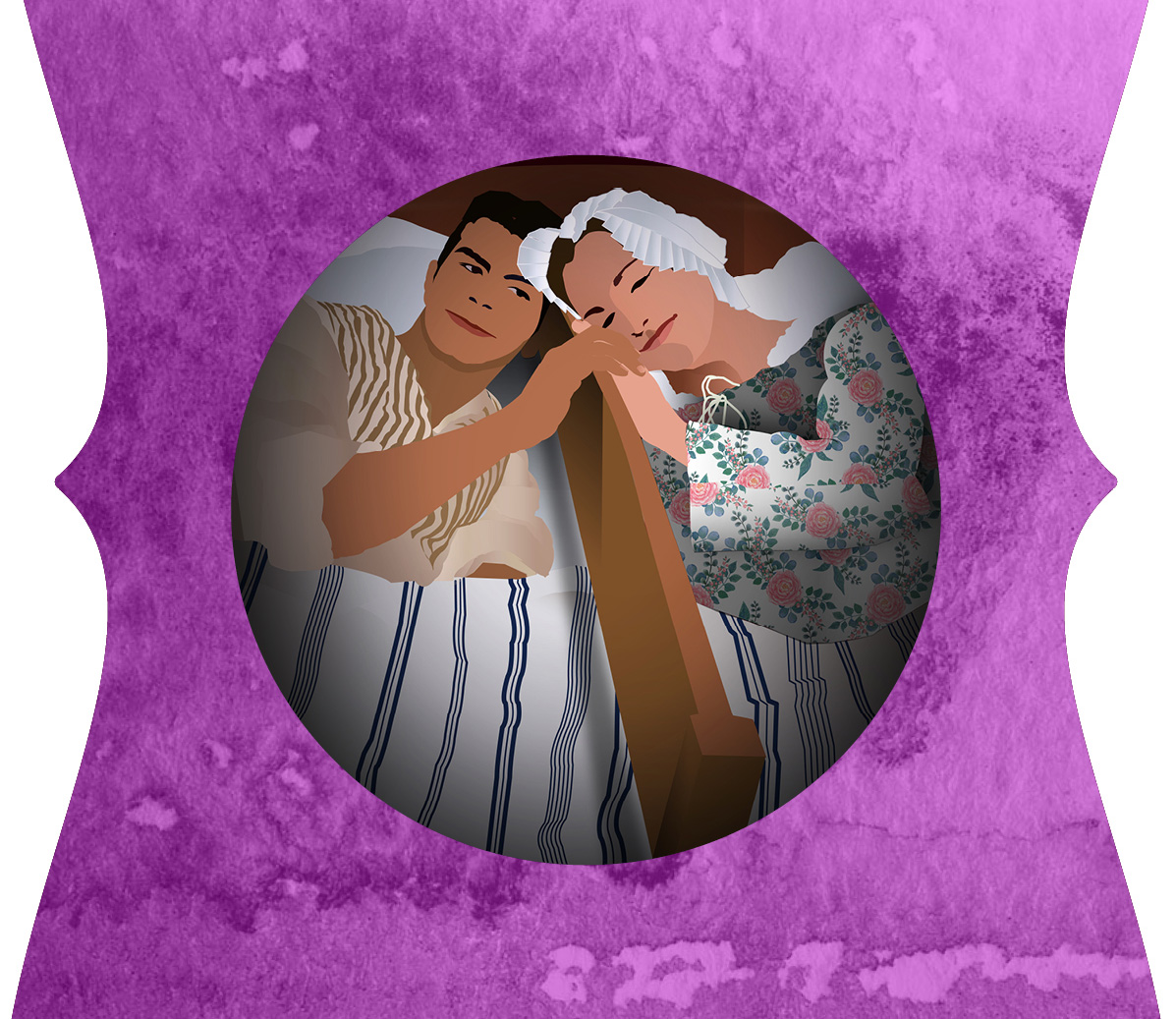 Modern-day dating is fraught with angst for the average teenager, but none of it compares with the traumas of being a loved-up youngster in seventeenth-century Scotland. You’ve found the guy you want to marry but to prove to your parents he’s the one, you and your mate have to submit to a humiliating ordeal known as ‘bundling’.

This is roughy how it went. You invite your boyfriend home to meet your parents. Next thing you know, your mother’s tying you up from feet to waist (and even to the neck) and placing you in a sack. Just to be on the safe side, she gets you to put your legs inside a large stocking tied securely above the knees. You and your bewildered boyfriend get into your family’s best bed – always in the main reception room – where you spend the night under your parents’ watchful eyes. But your mortification is not over: as an added precaution, a wooden plank is laid down the middle of the bed.

The custom of bundling proliferated in cold climates among poor Christian communities to be found in Wales, the Outer Hebrides, Scotland, Ireland and the Orkneys – where a case was recorded as recently as 1941. It is difficult to know when it began, but it can be traced back to the Red Indians and the Sea Dyaks and was exported to New England by Dutch settlers. In the absence of bars and coffee shops, this was the only opportunity courting couples had to get to know one another in cosy privacy and assess their compatibility before tying the knot. In Finland there are records of couples bundling for a whole week.

Though its remonstrations fell on deaf ears, the church protested loudly. American preacher Jonathan Edwards lamented what he regarded as promiscuous behaviour which would ruin many a young girl’s reputation and almost certainly result in a number of unwanted pregnancies. In his history of Connecticut, Henry Reed Stiles writes that bundling ‘sapped the fountain of morality and tarnished the escutcheons of thousands of families.’ Edwards and Stiles may have had a point: one in ten of every first child born in colonial America put in an appearance just eight months after the wedding. A poem of the time backs this up:

A bundling couple went to bed
With all their clothes from foot to head;
That the defense might seem complete
Each one was wrapped in a sheet
But oh, this bundling’s such a witch
The man of her did catch the itch,
And so provoked was the wretch
That she of his a bastard catch’d.

In such circumstances, the couple would be marched up the aisle to the accompaniment of gunfire.

The buttoned-up Victorians were naturally horrified by the idea of bundling. They regarded premarital bed-sharing as immoral and unChristian, while efficient methods of heating the home removed the need for couples to snuggle up together. What is more, beds were always in private spaces known as bedrooms thoughtfully positioned so you could not see them when you opened the door.

Bundling enjoyed a brief revival in 1960s’ America where it proved popular among religious societies such as the Amish. In the decade which came to be known as the ‘Swinging Sixties’, certain Christian communities saw it as a wholesome and innocent alternative to the ‘necking’ parties going on at American teenage gatherings, as well as in parked cars and deserted places.