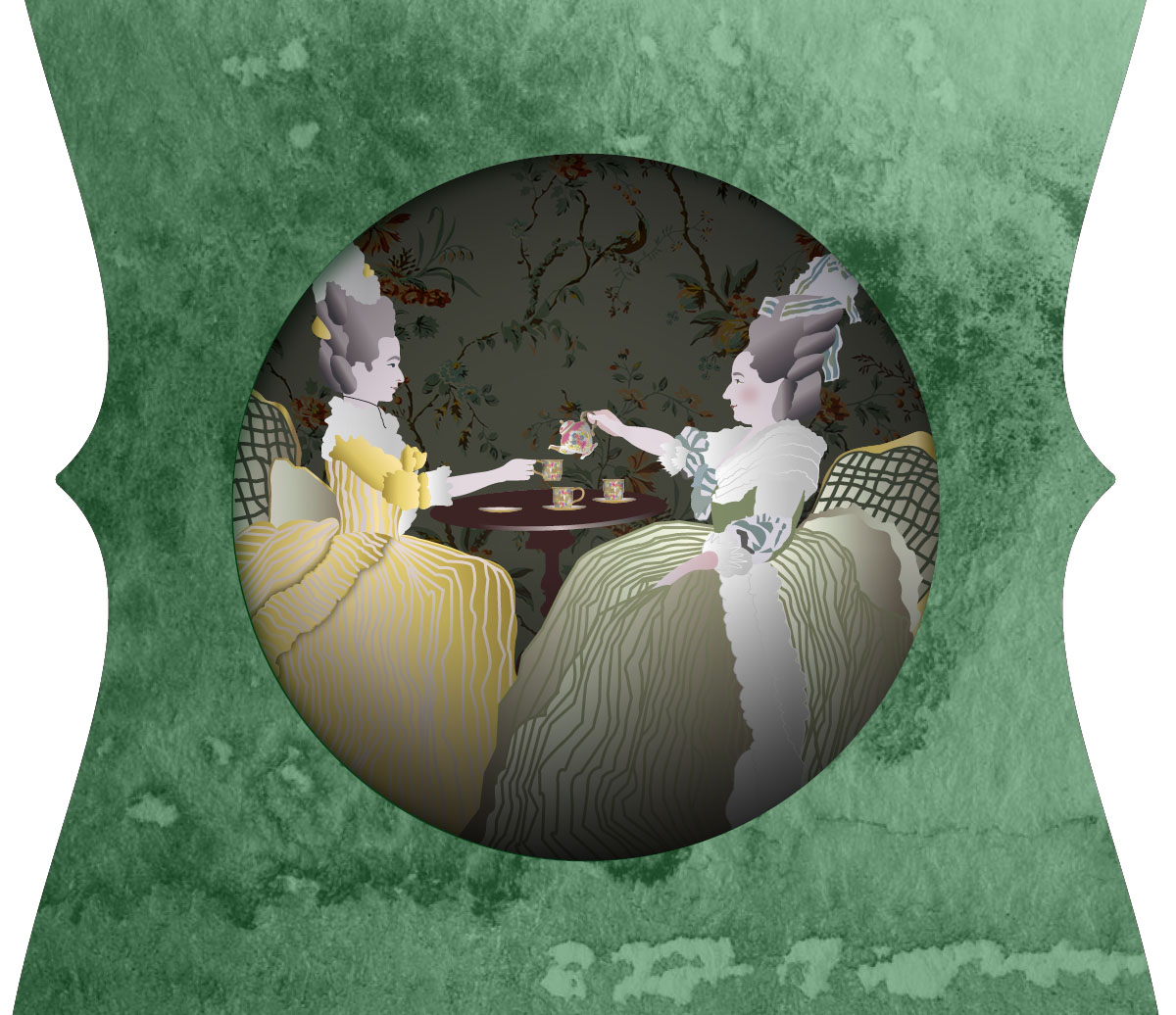 But things were beginning to change for middle-class women entering the 1700s. Not only did they feel entitled to their own ‘snugitude’, they could become quite indignant if it was not forthcoming upon marriage. They might even take the initiative and create one. When, in the 1780s, Lady Caroline Portarlington moved into her husband’s Dublin home, Dawson’s Court, she did up a ‘small room above stairs for my sanctum sanctorum, in which I intend to have everything to myself, and retire to it to paint, read, or write.’

Fifty years earlier, very few privileged women could claim possession to their own private room – so what had changed? What had happened at the start of the eighteenth century to liberate middle-class women into flexing their muscles, freeing them to indulge pursuits such as reading and writing away from prying eyes? The answer has much to do with economics, a dramatic hike in female literacy and an explosion in the book trade.

In the 1700s, England experienced an economic boom turning people into shopaholics. Low taxes, the advent of industrialism, burgeoning trade and manufacturing meant middle-class incomes were going through the roof. As they began to seek improvements in their standard of living, the newly-rich set about the important task of gentrification. For the wives of prosperous bankers, lawyers and shopkeepers, this meant more time and money for pleasure. They also sought an enhancement in their status: possessing a private room in which you could satisfy your own passions and invite guests conferred empowerment and rank.

Equally important at that time was the steep rise in female literacy coupled with the growth of the popular print market aimed at the fairer sex. In 1500, female literacy was a mere 1%; by 1714, it had increased to 25%, while 1750 saw it reach a staggering 40%. It was particularly high in urban areas: in 1720, around 66% of the capital’s women could read and write. Many were consuming street literature known as ‘chapbooks’ – soppy, romantic stories about knights and ghosts – like they were going out of fashion. You could get them at the bookseller’s for next to nothing (cheaper paper had slashed printing costs) or borrow them from the libraries to be found in most market towns. Many men feared this new phenomenon, especially when coupled with allowing women privacy. In once case, a circulating library was referred to as ‘an ever-green tree of diabolical knowledge…they who are so fond of handling the leaves, will long for the fruit.’ **

Once you’d bought your books, you needed somewhere to read them. Somewhere you – and your friends, should you invite them – wouldn’t be disturbed, and where you could wash the words down ‘with the best tey you can gett.’ The hacks who wrote for The Town and Country Magazine – a kind of eighteenth-century Hello! – regarded the female closet, and the amount of tea-drinking that went on there, as symptomatic of women’s enduring love affair with gossip. The swanked-up wives of tradesmen and shopkeepers became a favourite target of satire, the association between women, ‘strong tea and scandal’ becoming entrenched in people’s minds. In time, the expression ‘tea table’ was seen as a euphemism for those who spent their afternoons indulging in a bout of character assassination.

So, when Millimant tells Mike (his real name’s Mirabell) that she’ll only marry him if he lets her be ‘sole Empress of my tea table’, we know the poor chap’s in for a hard time.