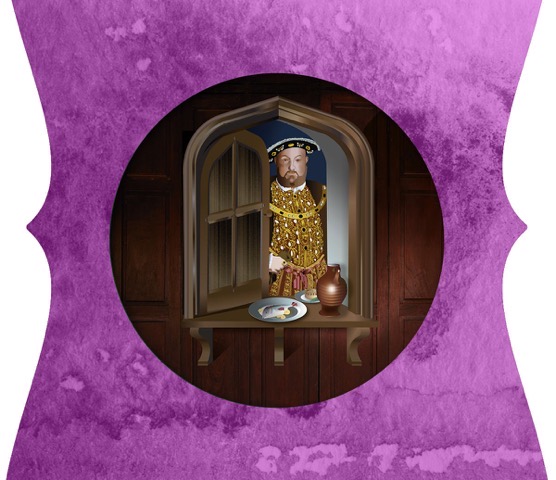 But all is not lost. There is a tried-and-tested way to make this work.

History proves that those who have flourished in quarantine – voluntary or otherwise – those who have succeeded in transforming their house-cells into a truly splendid isolation – all had one thing in common.

They were all – by and large – barking mad.

Consider one Xavier de Maistre, a 27-year-old French officer put on six-week house arrest in 1790 for dueling. Admittedly, the room in which he served his sentence was spacious and came with a butler, but what made de Maistre flourish in this situation was that he took a perverse delight in his enforced isolation.

Wallowing in his confinement, de Maistre put pen to paper. The result was a 42-chapter book detailing his many expeditions…around his room. He even devoted a whole chapter to his bed, from which he indulged in copious bouts of self-reflection. de Maistre’s scribblings – appropriately entitled Voyage Around My Room – were so influential they gave rise to the phrase ‘armchair traveller’.

Perhaps we could use de Maistre’s descriptions of his wanderings from bed to armchair, and then to his bookshelves, as a prompt to think about the deeper meaning of our own meanderings between the sofa and the fridge, or the kitchen and the shed?

Xavier’s not the only eccentric who relished in isolation. In a recent book, Tudor Textiles, Eleri Lynn, the curator of the royal dress collection at Historical Royal Palaces, suggests both Henry VIII and his daughter Elizabeth I took private confinement to new heights. Henry, like every monarch before him who had to suffer the glare of publicity as a daily duty, treasured self-isolation and built a series of tiny secret rooms in his palaces. When in self-imposed quarantine, the king’s servants would pass his meals through a small hatch.

When it comes to historical nutters who prospered in self-isolation, however, nobody beats William John Cavendish-Scott Bentinck, 5th Lord of Portland, later Marquess of Titchfield. William retired from society when his marriage proposal to opera diva Adelaide Kemble got the thumbs down. Determined to avoid human contact for the rest of his life, the misanthropist built a fifteen-mile tunnel of rooms under his country pile Welbeck Abbey. Complete with library, art gallery, observatory and ballroom, nobody except for his valet was allowed to disturb the ‘Prince of Silence’ in his subterranean solitude.

William’s post was delivered to double letterboxes outside his rooms while meals-for-one were run on heated trucks on rails spanning the entire length of the tunnels. His only company was a pet mole which he stroked during times of stress. For the majority of his life, the Duke managed to shun public company and on the one occasion he had to emerge for a trip to his London lawyers, he used a carriage which led from the tunnel tracks right to the local station. Once there, his carriage was loaded on to the train.

So, take a leaf out of William, Xavier and Henry’s book and see this restriction on your freedom as a once-in-a-lifetime opportunity for channeling your inner eccentric.

2 comments on “In Splendid Isolation”