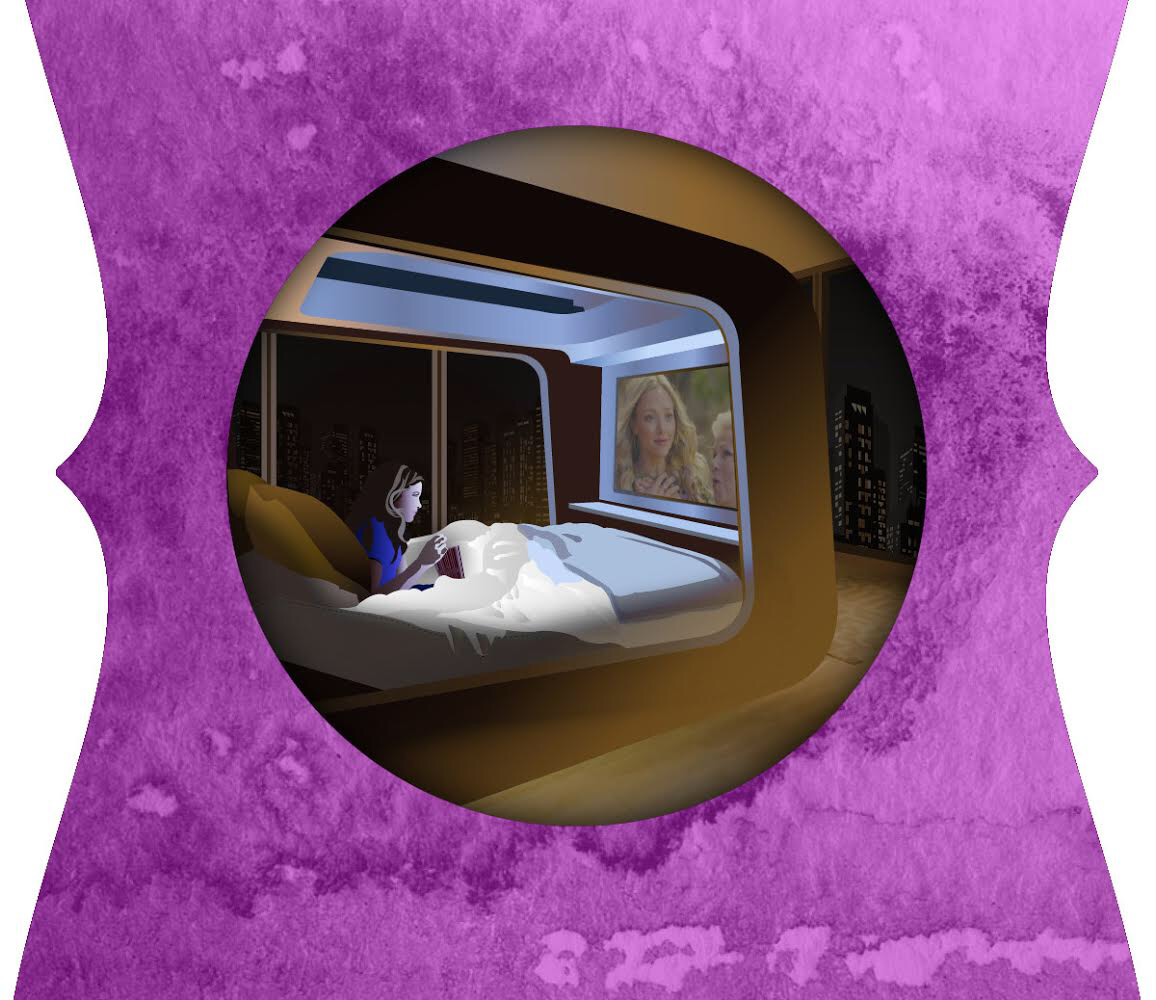 The marriage between technology and beds has a long pedigree. Necessity is said to be the mother of invention and the necessity to make beds help us sleep better, protect our backs and save space have incentivised scientists and engineers to push the boundaries. So has the need to come up with beds to improve our sex lives. In the 1780s, Scottish quack James Graham, the world’s first sex therapist, lured London’s glitterati to his fancy clinic in Pall Mall. Here, he assured the likes of the Prince of Wales and the Duchess of Devonshire that sleeping in his electrically-charged Celestial Bed – at the modest fee of £50 (about £3,000 in today’s money) – would cure impotency and infertility. 12-feet long, 9-feet wide and fitted with 15 cwt of magnets, when a couple were about to climax, the bed tilted on its axis, allegedly helping the woman to conceive.

Sex was behind a spectacularly innovative bed designed by French silversmiths Christofle in 1882 for an Indian buyer determined to remain anonymous. Made from 290 kilograms of solid silver, weighing over a ton, at each corner a life-size bronze nude with natural hair and enamel eyes held a fan or fly whisk in her hand. The operation of a switch connected to a device in the mattress prompted the lovelies to wink and to wave their whisks and fans. Not until 1983 did the manufacturer find out that the bed was requisitioned by a kinky maharajah.

But technological beds weren’t exclusively about sex and the super rich. Space-saving items have always been in demand and technology has played a starring role in making the biggest household item fit the bill. Sofa-beds may now be a permanent fixture in the home, but convertible beds go back to 1340 BC. A wooden camp bed found in Tutankhamun’s tomb folded into a stool by means of copper-hinged joints.

The Industrial Revolution that began in the late-1700s drove thousands to the cities seeking work. Towns became congested with space at a premium. Beds needed to be hidden inside sofas and chairs, but also tables, bookcases, writing desks, wardrobes, fireplaces and, in mid-nineteenth-century America, even pianos. Since the piano was the 1860s equivalent of our TV, with one in every parlour, it made sense to convert it.

Though James Graham’s Celestial Bed used magnets to create an electrical charge, fully electrified beds did not emerge until the 1920s. In 1881, Thomas Edison’s initial invention led to the forty-hour incandescent lightbulb, but it took forty years before generating plants appeared across the United States. Beds were sold with integrated lighting, telephones, radios, temperature controls and coffee-making machines. From now on, technology and beds would remain inseparable – especially when it came to providing relief from the increasing problem of back pain.

The reclusive film producer and aviator Howard Hughes introduced the world’s first adjustable bed. In 1946, he crashed shortly after taking off for a test flight and for the remainder of his life suffered from Reflex Sympathetic Dystrophy. Unable to find a bed to provide effective relief, his firm of engineers came up with an adjustable mattress with an electrical device for raising the back and legs. The bed went public and was a runaway success.

Our increasingly sedentary lives – sitting in front of a screen, operating tills and driving, not to mention using mobile phones for prolonged periods of time – mean that back ache has risen steeply over the past forty years. Adjustable beds are in greater demand than ever, creating an urgent need for cutting-edge technology. In 2007, the American mattress market was worth $6.9 billion. Of the six million mattresses sold in the UK, one in seven is adjustable.

Even space technology has got in on the act. In the 1980s, air bed mattresses made of vulcanized rubber were operated by remote control. This was followed, a decade later, with memory foam – originally developed by NASA to reduce pressure caused by the extreme g-force during the space shuttle take-off. A memory foam bed reacts to body heat and moulds itself to fit the shape of the body in minutes.

Technology continues to strive to make beds simultaneously sexy and therapeutic. Take the 1960s’ water-bed. The brainchild of San Francisco student Charles Hall, his leak-proof PVC bag filled with water essentially updated a Victorian flop and made a killing, Playboy magnate Hugh Hefner investing in a king-size version for his Chicago mansion. About two million American water-beds are sold every year – despite evidence that men who sleep in them are four times more likely to have infertility problems than those who don’t.

Nowadays, the explosion of gadgetry means that the bed is no longer just for sex and sleep. According to recent research, in a year, people spend around 570 hours in bed not sleeping. In that time, more of us are listening to music, messaging, tweeting, Facebooking and Instagraming on our smart phones. But the most popular bedtime activity is watching television.

Over the past 20 years, the TV has become a permanent feature in our bedrooms. Recent polls suggest 58% of Americans fall asleep in front of it. Bed manufacturers have responded by making beds with integrated screens. Some TV beds even rotate while you watch. In 2005, the £14,000 RUF Betten Cinema Bed was launched. With enough space for a five-disc DVD/CD player and game consoles, this German innovation features a large plasma screen which, on pressing a button, rises out of the footboard. To cater to our 24/7 obsession with the Internet, contemporary beds have built-in computers, modems, iPod docking stations, hidden cabling and power sockets. As a result, sex in bed has taken a back seat.

So, what does bed technology have in store for us in the future? Social psychologists predict we will spend more and more time in bed, working, playing, chilling out – though probably not having sex. The Massachusetts Institute of Technology has recently been working on a ‘Multimedia bed’. While lying down, the occupant is supposed to be able to look up at a large computer screen on the ceiling showing emails, CDs, DVDs and global news. At the blink of an eyelash, he or she should be able to change channels and media. With hidden cabling for plugging in our mobiles and iPhones, side-tables, storage pockets, reading lamps and magazine baskets, fridges and cappuccino-makers, will there be any need to get out of bed?