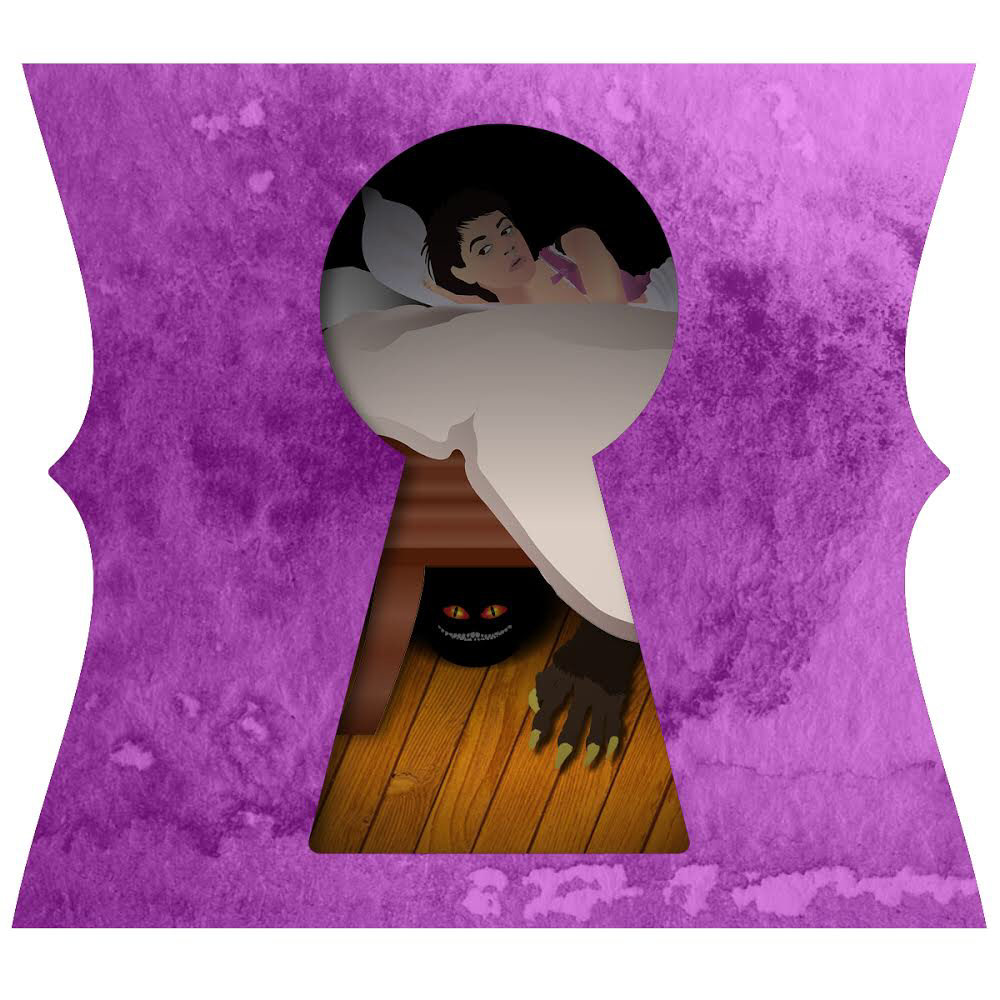 When the acrimonious divorce of super-celebrities Sandra Bullock and Jesse James hit the news in June 2010, interiors expert Ken Lauher put it down to the exposed beam directly above the marital bed at their luxury home in Sunset Beach *. The beam, Lauher argued, effectively divided the bed in two, foreshadowing the couple’s split. Whether you regard Feng Shui as law, myth or just whacky, there is no doubt that superstitions and folklore have played a major role in where we position our beds, what we keep in, on and around them, and how we sleep.

Many of these superstitions and old wives’ tales go back to our earliest ancestors. Feng Shui is an ancient Chinese belief system whose non-negotiables include siting a mirror opposite a bed – to avoid your spirit leaving your body – and making sure your feet don’t face the door when asleep. This is because dead bodies were traditionally removed from the bedroom feet first. Also taboo is placing anything sharp such as needles, scissors or knives anywhere near the bed of a pregnant woman. Doing so could lead to birth defects. Illogically, daggers are fine since they protect the mother and foetus from evil spirits.

A belief in evil spirits who walk the night and whose sole aim is to steal your soul was at the heart of early Buddhism and Taoism. Since your soul was thought to dwell in your head, you had to keep it still while asleep. As a result, rigid headrests made from alabaster or stone, with a dip to cradle the head and hold it firm, abounded in the ancient communities of China and Japan, where it helped to preserve the Geisha girl’s fancy hairdo. Once you were ready to bed down, you had to position your headrest wisely; you were asking for trouble if you slumbered with your head facing north. Only the dead (and much later Charles Dickens, who believed it encouraged creativity) did that. Certain tribes in Africa still sleep on headrests – though it must be very challenging to keep your head up, while prolonged usage undoubtedly causes neck ache and more serious problems.

If the Ancient Egyptians shared a belief in protecting your soul (encased in your head) from evil spirits, and also slept with their heads on headrests, these were objects of great beauty, craftsmanship and elaboration. Decorated with spells and incantations to protect the spirit, they were sometimes embellished with gold and lapis lazuli.

Death to the Egyptians was a long sleep in which they travelled from this world to the next. So the beds in which pharaohs were entombed were highly prized, and lavishly adorned. Drenched in gold and ivory, they were carved in the shape of elongated lions, cows, hippopotami and crocodiles, endowing the sleepers with the strength and power to defeat the evil spirits that threatened their voyage to the afterlife.

In the past, locating the bed on or off the floor has often been a reflection of superstitions, myths or beliefs. Take Buddhism which advocates sleeping on the ground without pillows or covers to emulate the practice of the yamabushi. These are the mountain monks who sleep on the ground close to nature in their pursuit of spirituality and enlightenment. For them, sleeping in the comfort of a raised platform and soft bed linen would be a betrayal of their commitment to austerity.

For ancient South African tribes, however, sleeping on the ground did not bring peace of mind. This was because of a devil with small, stumpy legs called the tokoloshe who wandered around under cover of darkness slaughtering sleepers. A strong belief in this monster developed after large numbers of dead bodies were discovered on repeated occasions and no other explanation could be found. As a result, beds were raised off the floor – with his short legs, the tokoloshe would surely be unable to make the climb.
But raising the bed off the floor did not stop the other monsters. On the contrary, the bedmakers had unwittingly provided a place for them to live. Once you were asleep, all they had to do was to come out from underneath and pounce. These devils and fiends can be found in folklore in all corners of the globe. In Poland, the nocnitsa spends his nights tormenting children with nightmares. The only way he can be warded off is to draw a circle around the cradle. In Russia, the domovoi pinches you while you snore, while, in Mesopotamia, Incubus and Succubus lie on top of you, force you to have sex and then suffocate you.

One of the spookiest superstitions to survive is of unknown origin and may have been concocted by mothers trying to persuade their children to make their beds in the morning. Never leave a body impression in the bed when you get up, it holds; the Devil is lying in wait and will jump into the indentation awaiting your return. You can’t help thinking this must be counterproductive, terrifying children witless from climbing into bed in the first place.

There are a plethora of myths and superstitions about what should and what should not be placed in, on or around a bed. One American old wives’ tale claims that insomnia can be cured by keeping garlic in your shoes (placed close to the bed), while putting an onion under your pillow is supposed to stop you sleepwalking. If you suffer from insomnia, put a fork under your pillow; if night-sweats are your problem, bung a potato under the bed. And the list of agony-aunt remedies just continues: a knife under the mattress will cut through back pain; and if you don’t want bed bugs, change the sheets only when there’s a dark moon. Bunging a slice of wedding cake under your pillow has long been regarded as the way to sweetening your dreams and enhancing your luck in general. But don’t counteract this by getting out of bed on the left (wrong) side in the morning. Bad luck if your bed’s stuck to the wall.

The superstition that you should never leave a hat on a bed appears to be Italian in origin and – in some quarters – is still observed. The practice was considered unlucky because evil spirits were thought to reside in the hair; laying your hat on the bed would simply transfer them to the house and the people in it. It seems these evil spirits are lurking just about everywhere and that placing a hat on a bed might stop a man from getting married. That is nothing, when compared to the views of the Mende tribe of Sierra Leone. They believe that a man should never sit down on either his mother or his sister’s bed. It’s tantamount to incest.

Perhaps the most optimistic advice to come out of bed lore is the belief that sharing a bed with a young person will result in transferring their vitality to you. If this holds good, surely the youngster will end up looking like a knackered old crone?

2 comments on “Superstition and the Bed”